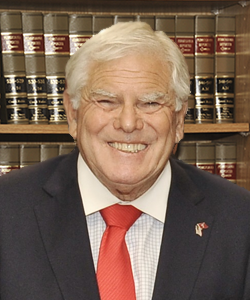 Senator Robert A. Rovner founded and served as Senior Partner in the Law Firm of Rovner, Allen, Rovner, Zimmerman, Sigman & Schmidt from 1980 until 2021.

In 1970, He was elected the youngest State Senator in Pennsylvania history representing Northeast Philadelphia and Bucks County. He was elected as Delegate to the Presidential National Conventions in 1972, 1976 and 1988.

He was President of all his classes at Temple University Law School and Temple Undergraduate School, and worked as an Assistant District Attorney under Arlen Specter. He was called a hardworking and effective State Senator, and recognized as a civic leader and a man with a strong involvement in local charities. He also served as Southeast Pennsylvania’s Regional Campaign Chair for Israel Bonds and also ran as a candidate to the U.S. Senate in 2000.

Rovner hosted a talk show every Friday in the Philadelphia area on WWDB 860 AM called “Senator Bob Rovner Talks to the Stars”.

Rovner served many years on the Board of Trustees of Temple University and has served as the President of The Northeast High School Alumni Association. 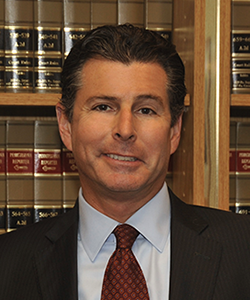 Steven is the principal and managing attorney of Rovner, Allen, Rovner, Zimmerman, Sigman & Schmidt. He was born in Philadelphia and a graduate of Lower Moreland High School (1985), The University of Pennsylvania (1989) and The University of Miami School of Law (1992), Steven has developed a notable reputation in Pennsylvania and other jurisdictions as a tough and determined litigator of personal injury type cases. He is regularly in the courtroom fighting for the rights of his injured clients; often doing battle against well known insurance companies. With experience as a lawyer for over 19 years, he has personally won and collected verdicts and settlements for his clients in excess of $50,000,000. He has appeared on Good Morning America, CNN, The Fox News Channel, ABC, CBS, NBC, and Fox. 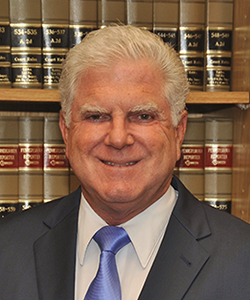 Practice of Law since l980 with main office at l75 Bustleton Pike, Feasterville, PA. Admitted to Supreme Court of Pennsylvania 1980, United States District Court for the Eastern District of Pennsylvania 1982. Represent clients in many areas of law, with primary practice in Workers’ Compensation, in which I represent injured workers in work-related accidents, and Domestic Relations or Family Law, including divorce, support, custody, and adoptions. I enjoy helping people and always try to negotiate the best and highest resolution for my client, in all areas of my practice. 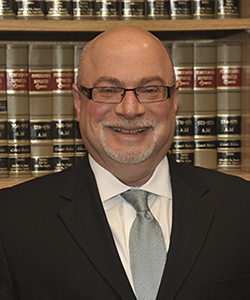 Jeffrey I. Zimmerman is the firm’s senior litigation partner, bringing his over 35 years of experience to the position. He is a 1979 graduate of the Dickinson School of Law and a graduate of the American Trial Lawyers Association National College of Advocacy. He served as a judicial clerk to William J. Lederer, in the Philadelphia Court of Common Pleas. A Philadelphia native, he graduated Central High School in 1972 and graduated LaSalle University in 1976, where he was a member of the St. Thomas More Law Society.

Mr. Zimmerman has concentrated his practice in personal injury litigation for his entire career, with special expertise in major injury and death claims, motor vehicle and premises [fall down] cases, as well as work place injuries, nursing home negligence and motorcycle and truck cases. He has personally handled thousands of personal injury cases, winning settlements, verdicts and awards amounting to tens of millions of dollars in recoveries.

Mr. Zimmerman is well qualified to handle the more complex cases, having gained in-depth experience with safety design, architecture, engineering, construction, accident reconstruction and medical issues. He has gained recoveries on several cases in excess of $1,000,000 each.

Mr. Zimmerman is a member in good standing of the Pennsylvania Bar, the Eastern Federal District of Pennsylvania and the Federal Third Circuit Court of Appeals. Mr. Zimmerman has several published appellate decisions, making law in Pennsylvania. He has published articles in professional journals, text books and various publications. He has presented talks on many legal topics to interested groups, including the Knights of Columbus, the Philadelphia Dental Society and golden age groups.

He is active in several charities and is a Mason. He volunteers his time for public speaking engagements to educate the community on their legal rights and is available to speak to your group. He is a published writer and has written a number of professional and literary works. 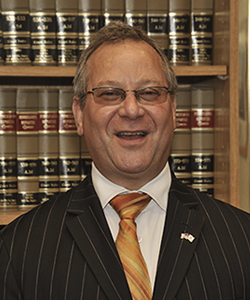 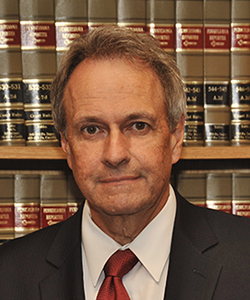 Josephs S. Lukomski was born and raised in Haddon Heights, New Jersey, graduating from Haddon Heights High School in 1969. He earned his undergraduate degree (B.A. English) in 1973 from Rutgers University, New Brunswick, New Jersey, and his law degree from Temple University in 1978. He served a one-year judicial clerkship in the Superior Court of New Jersey clerking for The Honorable Nathan Staller and The Honorable James O’Neill, in Cape May County.

Mr. Lukomski then practiced law with a mid-sized law firm in Atlantic City, New Jersey, before moving to Nashville, Tennessee, where he became a member of the Tennessee bar (1981) and practiced law there from 1981 to 1988. He and his family returned to Pennsylvania in 1988, and he has practiced law in the state and federal courts of Pennsylvania and New Jersey since that time. Mr. Lukomski concentrates his practice in general civil litigation with an emphasis on personal injury law, including automobile accidents, premises liability, medical malpractice, products liability, and commercial matters. In his spare time, Mr. Lukomski enjoys spending time with his seven grandchildren, coaching softball and baseball, and following the Philadelphia sports teams. 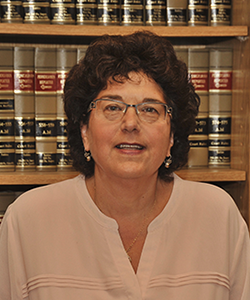 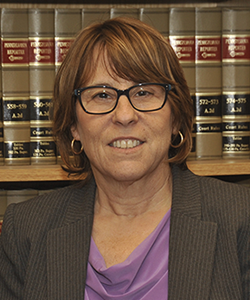 Ms. Scolnick received her Juris Doctor from Widener University School of Law in 1997 and her B.A. in elementary education from Rider University (College) in 1975.

She is a member of the Pennsylvania Bar and the New Jersey Bar specializing in Family Law. Ms. Scolnick is the proud mother of Jonathan, a 2000 University of Illinois graduate currently living and working in Manhattan, NY area, and Sean, a college student studying music in New York. 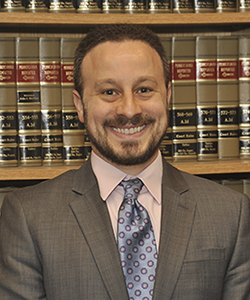 Jeff Schmidt is a Philadelphia native all the way to his core. He was born and raised in the Northeast part of the city and graduated from George Washington High School in 1994. Following high school, he went to Temple University, earning a degree in Accounting and Business Administration in 1998.

After working in the accounting industry for two years, Jeff pursued his life-long dream to become an attorney and graduated from Temple University’s Beasley School of Law with a Juris Doctorate and the Fox School of Business with a Masters in Business Administration in 2003. It was during his law school years that Jeff wrote and had articles published in the International and Comparative Law Review Journal and worked as a law clerk at the Law Offices of Rovner, Allen, Rovner, Zimmerman, Sigman and Schmidt.

Jeff currently lives in Elkins Park with his wife of 7 years. He has diverse interests, which include being a sports fan, running several fantasy football leagues, fitness and traveling, being an avid reader and going to the movies. 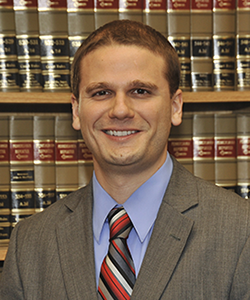 David K. String is a personal injury litigator representing seriously injured victims of negligence, from car accidents to slip to fall accidents.  David also handles landlord and tenant matters, traffic citations, contract drafting, contract review, and breach of contract litigation.  He is a life-long resident of Feasterville and works hard to represent and serve his clients.

While in law school, David worked as a law clerk at the Law Offices of Rovner, Allen, Rovner, Zimmerman, Sigman & Schmidt.  While he worked as an intern at the Pennsylvania Office of the Attorney General’s Bureau of Consumer Protection, he also gained experience investigating businesses defrauding consumers by violating the Pennsylvania Unfair Trade Practices and Consumer Protection Law.  Additionally, he worked as a judicial intern for a federal trial court judge and a state trial court judge. 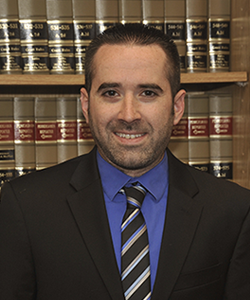 Matthew A. Fleishman is a lifelong resident of Bucks County, Pa., graduating from Bensalem High School. Matthew has an undergraduate degree from the University of Maryland, College Park, along with a Juris Doctor from Temple University in 2013. Matthew is licensed to practice law in both Pennsylvania and New Jersey, handling mostly personal injury cases, but working on criminal, domestic, landlord/tenant and worker’s compensation matters, as well.